Being alone in Toronto is not such a bad thing, it means you get to make your own plans and find the best options that suit only your needs. There’s no debate, no discussion and no giving in; you’re in it by yourself. Whether you love Korean cuisine or not, the Gogi Bap is an outstanding place to kick off your night with a succulent food portion and leave with a huge smile on your face.

When I told my newly-made Canadian friends that I had never had Korean food in my life they laughed at me but also urged me to go to these little new trendy restaurant that had just opened downtown. I work just nearby and I decided to check it out walking by on a Tuesday noon and the place was packed of people waiting for their orders and leaving with a smile. I was more interested in checking out their quality, because there was a lot of people and they were just lining up without protesting.

I came back on a Thursday night. The place is very trendy and small, it only has two tables that accommodate four people each and room for people against the window in high chairs and a table that resembles a bar. There are no reservations or waiters but I wanted to stay and eat inside, so I parked my bike outside and waited for a free spot. I put my helmet on the chair and went for the cashier to order.

The people behind the counter are the most friendly restaurant staff ever. I told them straight away that I was not a vegetarian and it was my first time eating Korean food. That brought a smile to her face and she asked in a shy way if I liked spicy food. I said yes but not too much and then she recommended I had the Beef Gogi Wrap for $7.99 and make it a combo with some coconut water. They don´t sell alcohol, which is a bummer. I said yes to everything and when I took my first bite it was like

It really is so good you can´t put it into words. The weapping just unmade in may palate while the spicy was precisely enough for the beef. I like eating, so I have a big stomach and after finishing the wrap I felt satisfied for only $11.

Needless to say that was not my only time at the GogiBap. I decided to try the Beef Gogi Bap which had delicious kimchi, bulgogi, green salad to go with it and the house dressing that is just delicious. I was advised by the staff to mix it all together and put the dressing on top of the mix.

At first I looked at them with doubtful eyes. I love feeling each flavor by itself, but they encouraged me to go for it since that was the classic way of eating the dish they had just prepared for me. I did it and boy, was I grateful that they insisted! There is no going wrong with these Korean masters.

Talking to the people in the counter (I´m more of a stick-around client than a take-away one) they told me that the dish that names the bar is what we know as texturized soy and it became a popular dish during the “arduous March”. When I asked about it a little more I was told that the country experienced a deep financial crisis in the mid-90s and that due to famine half a million people died. That sad story gave birth to reusing the soy beans, mixing them with rice and forming the sausage now known as InjoGogi Bap.

Gogi means meat and bap means rice in Korean, so it would be something close to eating “meat rice”

I recommend the entire menu, go there, explore and talk to the employees, they are the nicest people on Earth. Follow their directions and don´t be afraid, there is no taste that is too much for your western palate. Keep calm and enjoy your food! 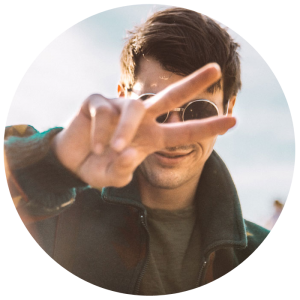 I created this blog to give back to the people of Toronto what I feel they gave me: a home.

I want readers to take on my advises and go see some place new that will surely blow their mind.

Why I love Toronto 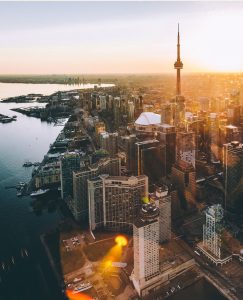 I fell in love with the relaxed atmosphere.